A community for fans of Murray State University athletics.
https://www.racerfans.com/board/ 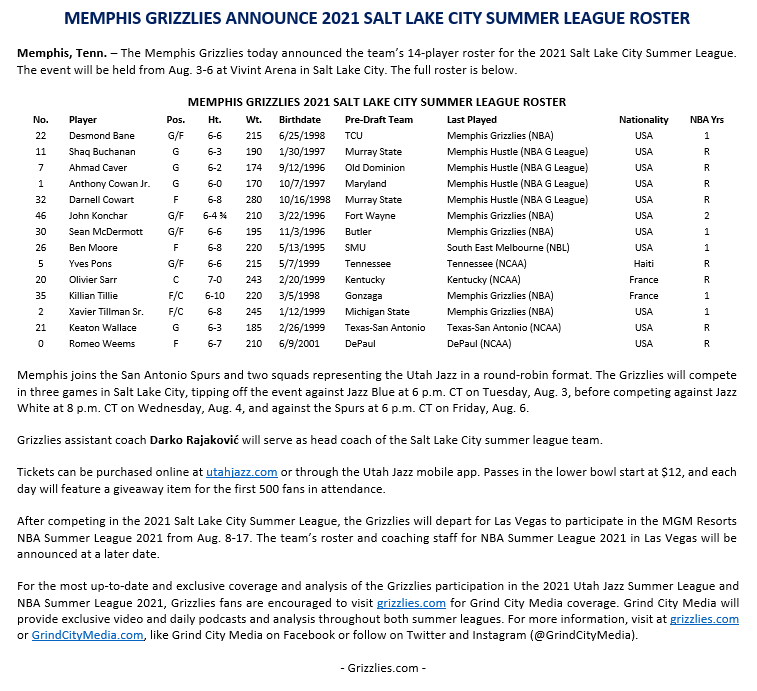 by 75Fan
Great to see 'Nell and Shaq on the Grizzlies roster!!!

by ThaiRacer96
Who is the next Cameron Payne, a player who elevates his game and helps make a team an NBA title contender?

One big question: Can Morant make defenders respect his 3-point shot, particularly off the dribble? If he does, it's hard to imagine how to guard Morant, who might be the quickest player in the league with the ball in his hands. But Morant shot only 30.3% from beyond the arc last season, allowing opponents to routinely go under screens in pick-and-rolls, negating his advantage in explosiveness. That was a big factor in Morant averaging only 0.81 points per possession as a pick-and-roll ball handler. -- MacMahon

by 75Fan
Thanks Thai for what you bring to these forums!

Ja is more interested in positioning his teammates to win ball games. He takes what the defense gives him. He's happy as a lark to score 0 points and have 25 assists. He will do what has to be done to win games. Ja knows that he can improve the efficiency of the other guys on the court and that it is harder to guard 4 guys than 1 guy. He is smart as a whip!

0.81 PPP doesn't mean squat by itself but if that's what they want to use as a metric, it's their publication.

I'll bet his PPP was off the charts in the playoffs against Utah when he scored just under 50 points - you know, when it mattered the most!

His performance, at his age and experience level, was at least top-10 all-time in the NBA!

by 75Fan
Ja lighting it up to start the season.

Check out his stats!

SpeedRacer1 wrote: ↑Tue Oct 26, 2021 10:47 am Jaiveon Eaves has made the training camp roster for the Motor City Cruise of the G-league

This is a bit surprising but a pleasant surprise. He probably worked the hardest of anyone while here to earn his spot and the work is paying off. Hope his quickness has improved to where he can stay in the running there.

by 02Racer
Brion Whitley led Southern in scoring with 17 points off the bench against Louisville.

by runningracer
Glad for him. Scoring was never a problem, hope he is finally healthy.
All times are UTC-06:00
Page 27 of 27